Poetry and photography by Noel Connor and David Gepp.
An exhibition which opened on Poetry Day Ireland, Thursday 27th April 2017
at the Verbal Arts Centre, Derry.

Noel and the renowned photographer and writer David Gepp, were both born and brought up in Belfast, Noel in Andersonstown, David in Finaghy.

Less than a mile apart, the two areas are connected by Finaghy Road North, an arterial route which crosses over and under the main Belfast/Dublin train line and the North/South M1 Motorway. Yet throughout their childhoods and teenage years, they would rarely if ever have travelled the length of this road, which joined or separated two of the Protestant and Catholic communities of the city.

Noel was always conscious that his territory only stretched as far as the motorway bridge, as just beyond that lay ‘the Field’, where the Orangemen would gather after their Belfast parades on each 12th of July. David’s memoir, Finding Finaghy, (published by Lagan Press) marvelously captures the history and background of his family and his life from the other side of the bridge.

A chance meeting three years ago has led to a friendship and a shared love and fascination for a section of Donegal coastline where David has settled and Noel spends part of each year working. This show of their work represents only a small portion of the images they have derived from their creative response and contemplative scrutiny of this extraordinary area.

Working separately and arriving from very different directions, technically and creatively, their concerns converge to produce remarkable currents and cross currents. This contrast and diversity only enriches and feeds their shared commitment to the pursuit of work that is at once rooted in both the commonplace and revelatory, the localised and the universal.

Read I Listened to you Draw
Read Learning to Look 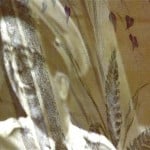 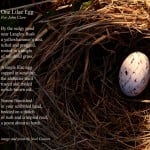